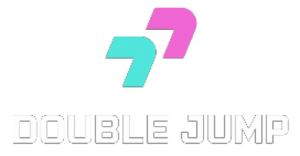 What happens if a kickstarter fails?

What happens if a kickstarter fails to reach its goal?

While we’ve all heard the big success stories of Kickstarter campaigns getting fully funded or even raising more than their initial goal, the truth is that there are plenty of campaigns that don’t end up panning out.

Kickstarter campaigns have a success rate of around 36%, so not reaching your funding goal is a realistic outcome. It’s not an ideal situation, but being prepared for this outcome should factor into your plan as you move forward. That being said, you might be wondering what happens when a Kickstarter fails to reach its goal.

That’s what we’re here to talk about.

What Happens If My Kickstarter Fails?

Kickstarter has an All or Nothing Funding Model. This means that if a campaign doesn’t hit its funding goal, all the pledges are canceled and the project creator doesn’t receive any of the pledged funds. All the money pledged by backers is returned to them and no money exchanges hands.

It’s not an ideal situation, but creators should be prepared for this outcome. It can be disappointing to both backers and creators who support and believe in the project. But unfortunately, not all projects will be successful.

If My Kickstarter Fails, Will I Be Charged Any Fees?

In the event of a successful campaign, the project creator will be charged a 5% fee on the total funds raised for the campaign. If the project doesn’t reach its goal, project creators are not charged a fee. However, they will not be able to keep any of the money no matter how close they got to their goal. All or Nothing.

How Likely Is It For A Kickstarter Campaign To Fail?

While it’s not exact on how many campaigns will fail to fund, the percentage of failure goes up for projects that are not well-managed, don’t have a clear strategy, or are run by creators with little experience in crowdfunding.

The most common reasons why campaigns fail to gain traction are:

What Can Be Done To Improve The Success Rate Of My Kickstarter Project?

There’s no one magical answer to this question. There are many factors that contribute to the overall success or failure of a crowdfunding project. Some we listed above.

However, a few tips that could increase your chances of success are having realistic funding goals and having a clear project/product description. Potential backers shouldn’t have to work hard to understand what the project is or what the product does. They need to understand quickly. After all, you are asking them to invest their money. Make them feel confident about what they are funding.

That being said, don’t be discouraged by a low success rate. Having a good marketing strategy and a well-defined project can make all the difference in the world. Again, it’s not a guaranteed success but it will increase your chances of not having a failed Kickstarter campaign.