They have earned the right to be bitchy

Creative Director personality types often earn the reputation for being bitchy, but did you know that they also earn the right to be bitchy? In fact, totally real studies show that Creative Directors are actually better than most people, which psychologists say can lead to them being perceived as impatient and entitled. What others fail to see, however, is that the C.D. is just misunderstood since no one else has the cognitive capacity to understand them on their exceptional level.

Creative Directors can often be found roaming the dark streets at night, alone, accompanied only by their completely original and earth-shattering ideas. They live a lonely existence as others of their caliber and good breeding are few and far between. Ben Clayton, Founder and CEO of Double Jump Media (DJM), is all too familiar with this phenomenon from observing his company’s Creative Director. “I have to regularly remind her that it’s lonely at the top. Sometimes she doesn’t hear me, though, because she literally floats several feet above the ground.”

They have no faults

The Creative Director’s greatest weakness is that she has no weaknesses, leaving her ill suited for any task involving empathy. “One time I came into the office crying because I saw a pile of dead geese in the street, and all our C.D. could say was, ‘that just gave me the most amazing idea,” recalled DJM Head of Business Development, Nick Warnock. “But she was right. That sequel to Fly Away Home has become the highest grossing goose movie of all time.”

Sleepiness and the propensity to nap at all hours of the day is a common trait of the Creative Director, as everyone else’s absence of imagination and acumen can drain the C.D.’s physical powers. Caleb Hutton, Production Manager of DJM, had this advice for dealing with this scenario, “When our Creative Director has a sleeping spell during a strict deadline, I found that ideas are still pouring out of her. So we just drop her face on the keyboard and let her subconscious osmose into the ether.”

Most of us love compliments, even if they make us uncomfortable in the moment; but that’s because we need our self-esteem bolstered. A Creative Director doesn’t need such bolstering, yet receives copious praise ad nauseum. “It’s my cross to bear,” said Merry Fidler, Creative Director of DJM. “I’m getting through it, though. I just have to remember to take it one agonizing compliment at a time.”

Addendum: The inspiration for this article was tri-fold. First of all, I am just one schmuck in a sea of Myers-Briggs related clickbait casualties. I’m cognizant that any article or blog post with a title like Why INFPs Are Mankind’s Last Remaining Hope, or Studies Show Disorganized People Are Frickin’ Geniuses, are written by people with these traits to make themselves feel better. Nevertheless, I digest them on the regular. Satirizing such articles is my attempt to break their spell over me.

Secondly, I’ve known many creatives who are lacking in down-to-earth-ness and are preoccupied with curating their image. BE WARY of their flare and siren songs! Creativity and innovation exist in untold guises, unbound by the trending forms we’re inundated with every day.

Thirdly, I’ve had people confess to me their intimidation toward creatives. Though creatives are a breed of their own and do add a special spice to life, they shouldn’t intimidate you. I’m a 29-year-old Creative Director and still use a muppet voice when I’m feeling awkward, am a breath away from a Spongebob reference at any given moment, and have to consciously fight the FOMO demons as much as anyone else. 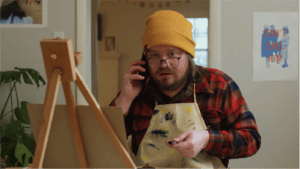 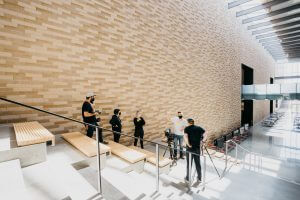